DOES THE MWD "TRICK" WORK?


Posted by Yosagi Yojimbo at 06:00 No comments:


Posted by Yosagi Yojimbo at 06:00 No comments:

Recruiting and Other Stuff

Let's face it, recruiting in Eve Online is terrible, and more than doubly so in the AUTZ.

Eve Online is not a new game, in so many ways it isn't a new game, and the days of 65,000 people online at any one time are long, long gone.  Assuming about 30,000 of those "players" were not in fact just bots earning ISK for the power blocs, that are probably still taking advantage of that wealth boost from long ago.

Recruiting in the AUTZ is even worse, it's like a dickless man trying to get a root in a whorehouse.

Someone, often a returning player, expresses an interest in joining a corp and/or an alliance, and then the recruiting officer vultures descend upon them, to try and get the bulk of the carcass before too much time passes.

It's a bloodbath every time.

DUST514 was a great idea, if it subsequently wasn't released on a platform well into its twilight years, and the game wasn't released in an early beta state, that actually became a decent game, long after nearly anyone cared about it as they'd moved on about three different times since 514's release.

514 had the potential to be the gateway drug into Eve Online for the FPS, Adderall chugging, twitch gaming kiddies, with luck some of the brighter ones may have given Eve Online a try, and a certain percentage would have stayed.

Eve Online in a browser is interesting, although I wonder how open it will make the game to botting and other ways of EULA breaking manipulation.  One clear advantage is it should make the game platform free, so it should work on Windows, whatever the Mac platform is now called, various flavours of Linux, etc etc. Use a modern browser on an array of Raspberry Pi's for an army of ganking alphas, that'll be horrendous if possible.

a couple of days have passed
the anger has subsided
might as well just get on with it
what other way is there?

Posted by Yosagi Yojimbo at 06:00 No comments: 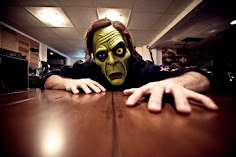 Popular Posts in the Last Year

Popular Posts of All Time